A new government survey of parents suggests that 1 in 45 children, ages 3 through 17, have been diagnosed with autism spectrum disorder (ASD). Ideally, these children would be diagnosed and begin receiving treatment as early as possible. Early intervention is key when you’re talking about autism.

Kids with ADS often have speech delays and communication issues that can prevent them from achieving the same milestones as their peers. Speech therapy services can give these children tools to navigate the world. Since language and communication skills are being formed very early, early diagnosis and treatment are extremely important.

Early intervention services can make a toddler’s transition from preschool, and later, into kindergarten so much easier by helping them to develop social and language skills. They can learn how to perform daily activities and communicate and interact with others.

TIME WASTED BECAUSE OF DELAYED SCREENING

Research indicates that by 2, toddlers can begin to show signs of autism. Things like the absence of emotion display and a lack of typical interaction and communication can be warning signs that you should tell your pediatrician about. Most states offer services to 2-year-olds that can help them but these services aren’t being utilized because children aren’t being diagnosed until 3 or later. During this unnecessary delay, children with autism are denied the care that could help them to catch up to same age peers.

BILINGUALISM BLAMED FOR THE SOURCE OF LANGUAGE DELAY

This is especially true for bilingual kids whose language delays and communication issues are often written off as a symptom of a dual-language home. Kids who communicate in a language other than English at home are 48 percent less likely than those who speak English to be referred to early intervention. However, what we know is that there are key differences between a child with limited output in one language and autism. Only a professional can assess these differences.

Black and Hispanic kids are less likely than non-Hispanic, white children to be evaluated before age 3, and on average, black and Latino children are diagnosed one and a half to two and a half years later, respectively.

One survey of parents of ASD children in Indiana showed that early intervention programs are most likely to be provided in public preschool settings (73.8%) and home programs (16.4%). 89% of the children in the survey were enrolled in speech therapy, 83% in occupational therapy, and 43% were being taught augmentative communication (AAC). 76% of the parents said that they strongly supported speech therapy. These invaluable services are available to children before their first birthday but so many children are not getting to benefit from them.

Because ASD is so often being missed in early childhood, it is important that we raise awareness. Parents need to know the early signs and talk to their pediatrician about early screening. If you suspect that your child has a language delay or behavioral changes, don’t hesitate to speak with a professional about it.

If your child has been diagnosed with ASD, don’t wait to seek treatment. There is such a stereotype associated with ASD that many parents delay therapy. People with ASD can go on to lead amazing lives, just like their peers. Find out what services are offered in your state and take advantage of them as early as possible. Even a few months of early therapy can offer a lifetime of rewards. 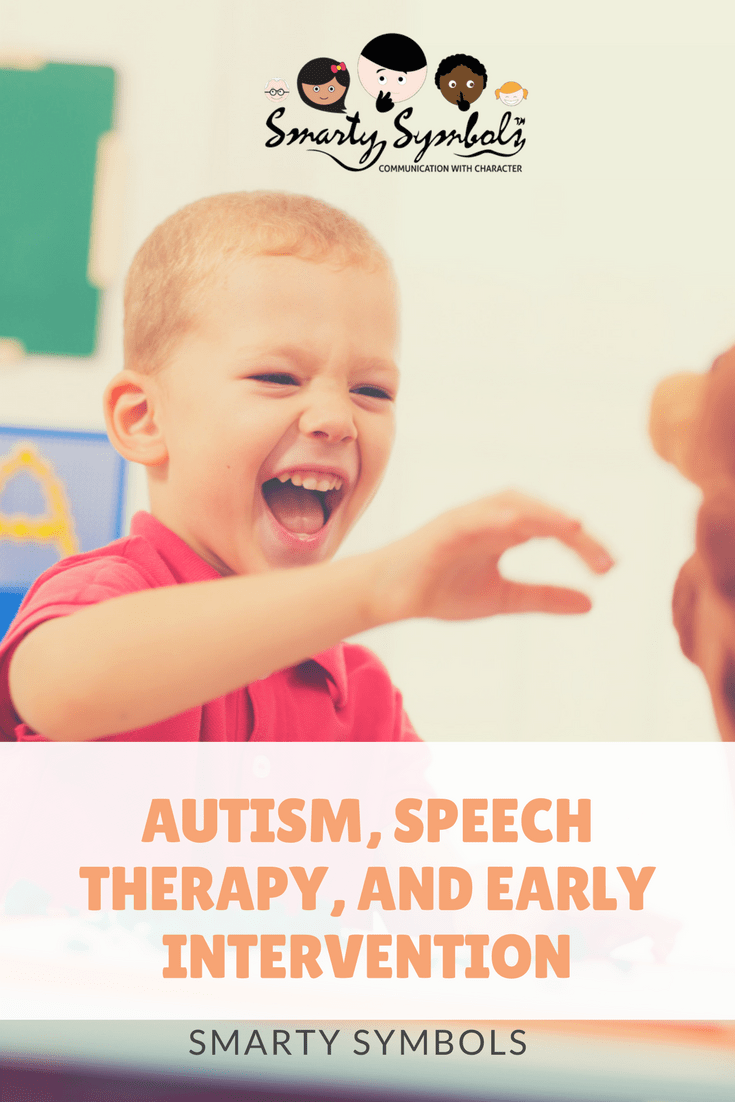 About the Author: Smarty Symbols