The female representation in symbol support for Autism

The female representation in symbol support for Autism

Symbol support has been used by special education teachers to help students with special needs learn, communicate and manage their daily routine. Symbol support is a set of images that have been specially designed by companies to serve this specific purpose. Over the decades, the majority of companies have selected a character which is used throughout their symbols to represent the vocabulary within their set. All of them had selected what they call a “neutral” character, which is a white, young, male character. However, Smarty Symbols has questioned the status quo by being the first company to offer representation options within a communication system for children with Autism.

While we could address Smarty Symbol’s great diverse set of characters, we wanted to specifically talk about our female characters today. We have never agreed that a “neutral” character for visual support has to be male.  Many may argue that this is a reflection of the 2:1 male/female representation in Autism. While there is a larger proportion of children with autism of the masculine gender, there are also many children with autism who are girls. Why do they have to always use symbols that are male?

Aren’t they adorable? We represent a variety of ages, skin tones and races on our set. We are happy to see that other major companies have started our trend and have started to integrate diversity on their symbol set.

Now girls around the world can see adorable characters that represent them! The best news is that the teaching community is as much in love with these girls as we are and have created thousand of materials using these girls for their classroom materials. 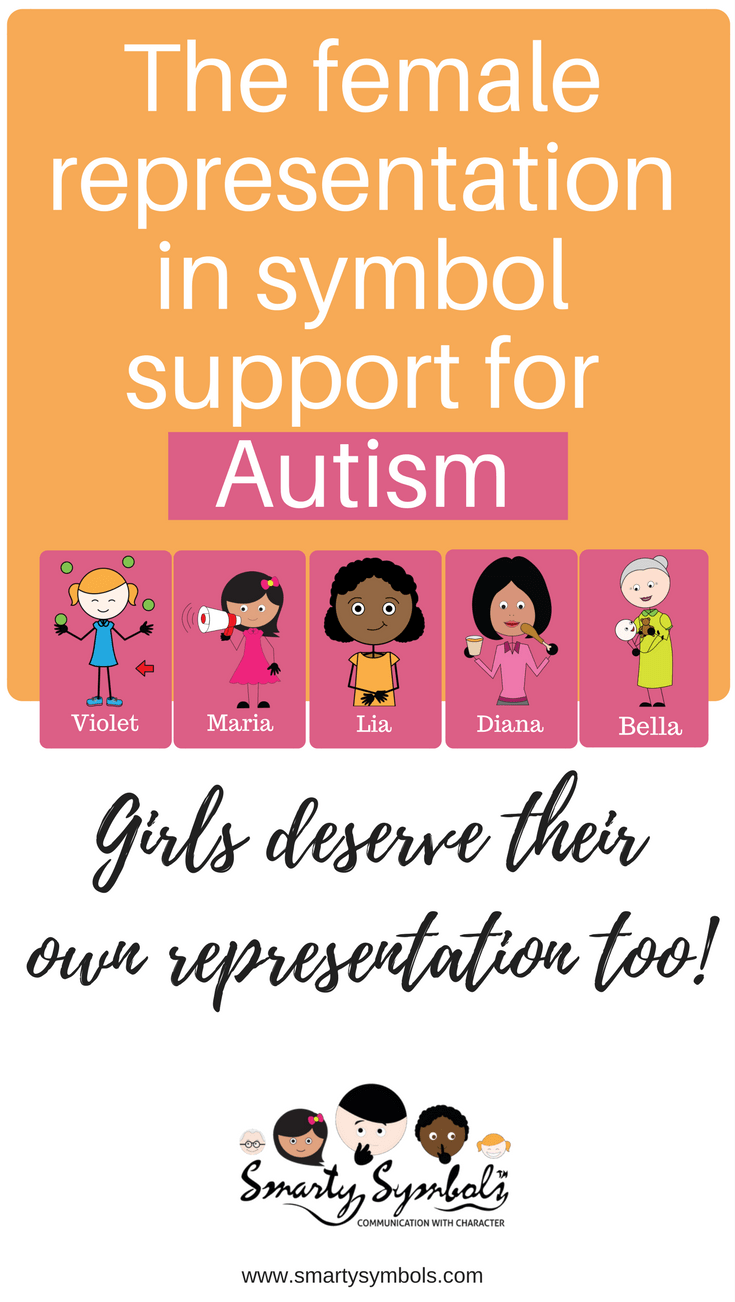 About the Author: Barbara Fernann